LASU student, Adeyeye Babatunde has been arrested for kissing his 3-year-old stepsister 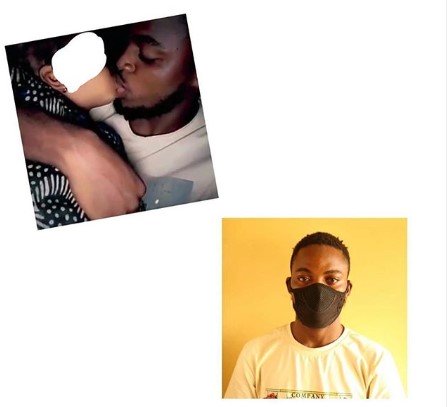 Nigerians ain’t joking! You remember the recent viral video of a guy kissing a young girl? Well, the young guy is Adeyeye Oluwatosin Babatunde, a student of Lagos State University. The Botany student of LASU has been arrested by the Lagos State police command for “inappropriate” kissing of his 3-year old stepsister in a video he shared himself on his Instagram page.
Babatunde On June 2, 2020, made the video in their home in Shagamu and shared it online.
Despite making another video afterward where he and the girl’s mom apologized for his perceived “misconduct” and declared the kiss was a show of love and the special bond he shares with the kid, he was still arrested by the police at 11am June 5.
He has been handed over to the State Criminal Investigation Department, Yaba for prosecution in Court.